Because the system was formed from a variety of backgrounds and contained many varied programs, the brand identity of the Kennedy Catholic Family of Schools was not well-defined, and so a need for consistency in branding and marketing arose.

Amy Faler, a member of the CubicleTwo team, was employed by the school and tasked with creating a style guide to help bring awareness of brand consistency to the forefront. Also as the school’s graphic designer, she ensured all marketing, advertising pieces all conformed to the style guide standards. 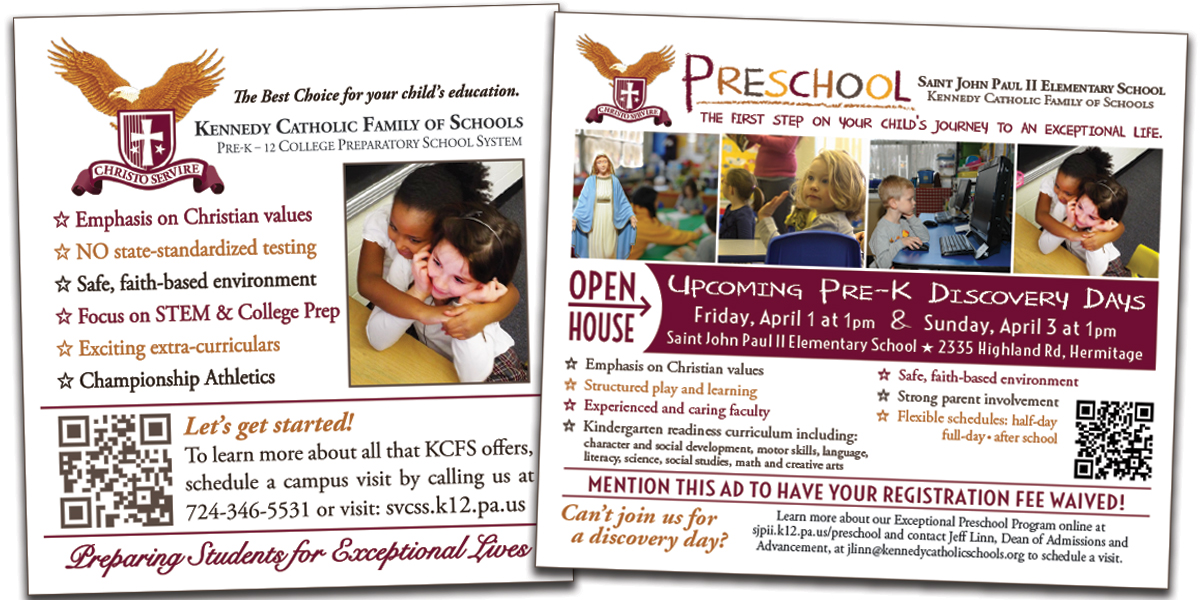 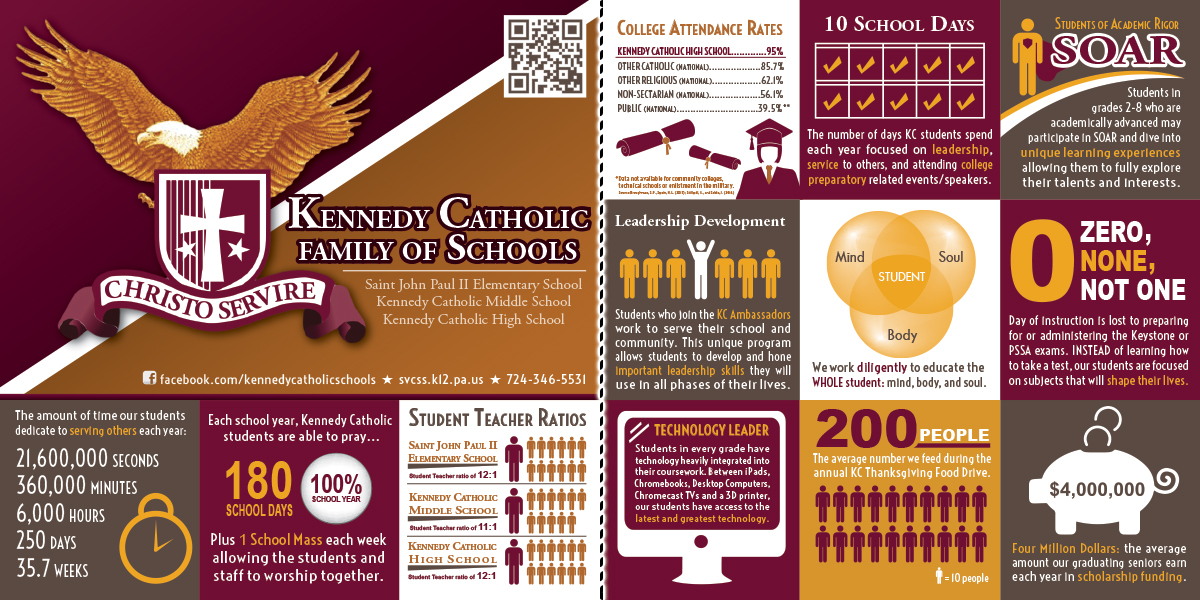 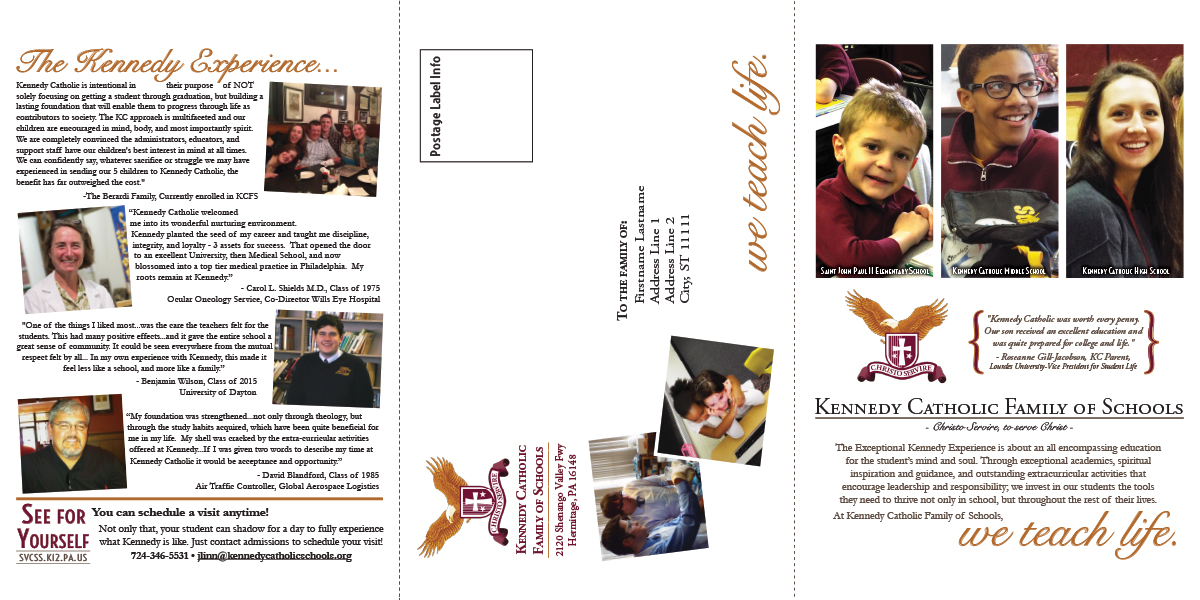 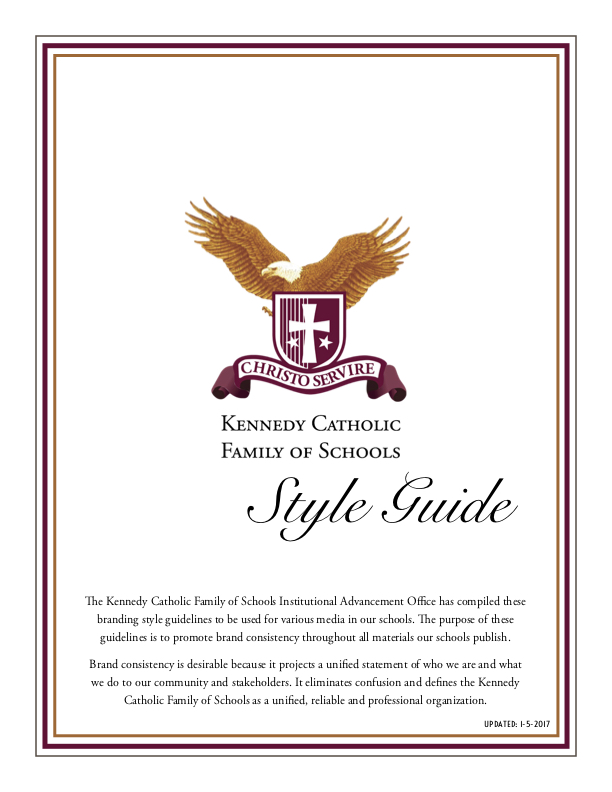 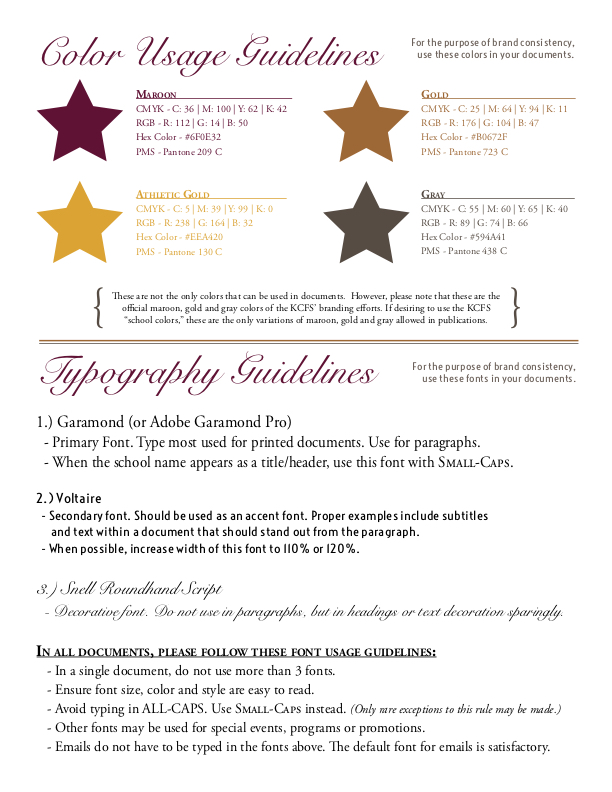 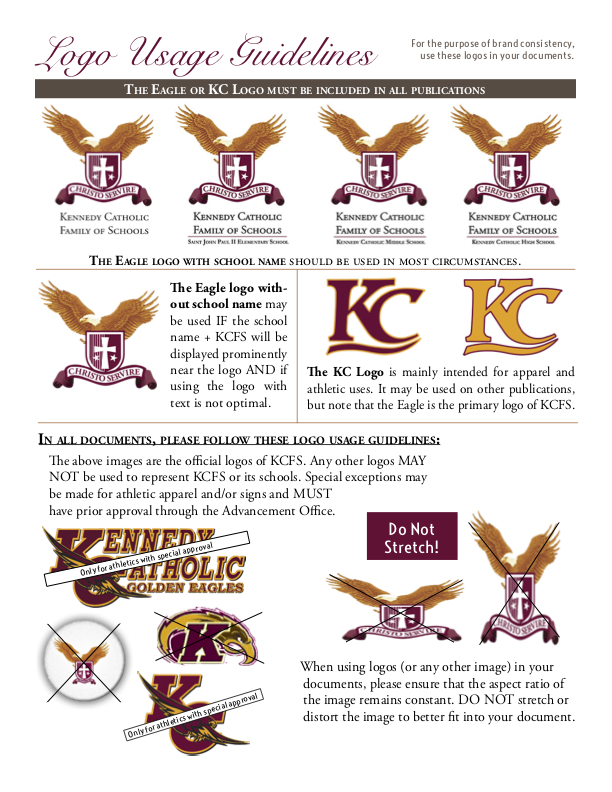 We are passionate about creating beautiful and consistent branding that tells the story of your organization.